No room for fossil gas in the EU’s Modernization Fund

As the trilogue negotiations on the EU ETS between the EU Parliament, the European Commission, and the Council kicked off, Nikos Mantzaris presents their key positions on the uses of the Modernization Fund and their footprint in the EU climate targets, in his article titled “There is no room for fossil gas in the EU’s modernisation fund”.

Specifically, he points out that while the EU Commission and the Parliament voted for the exclusion of all fossil fuel investments from the Fund, the Council proposes to allow the use of revenue from the free allowances offered to the electricity sector of eligible Member States for investments in fossil gas, but also more broadly for all investments classified as “green” under the EU Taxonomy Regulation. As Nikos Mantzaris underlines, this goes against both the EU climate targets and the REPowerEU‘s targets for drastically reducing gas consumption by 64% in 2030 compared to 2020 levels. As such, it may widen the gap between the economically weaker member states which are eligible for such investments and the economically stronger member states which will invest in clean energy both in terms of energy transition and in terms of achieving the climate targets.

Reiterating the call by 19 environmental organizations for a “clean” Modernization Fund, the article concludes that the Council’s alignment with the Commission’s and the European Parliament’s proposal is crucial for a sustainable future in the EU.

The article was published in etxtra.org, which is the official website of the LifeETX programme, on July 15, 2022.

The LIFE ETX project aims at developing an ETS that benefits both the climate and the citizens. It is implemented by 10 partners, including The Green Tank, and is coordinated by Carbon Market Watch. It is funded by the European Union’s LIFE Programme under grant agreement no. LIFE20 GIC/BE/001662, and co-funded by the European Climate Foundation.

As the trilogue negotiations on the Emissions Trading System take off, the EU institutions must ensure that the EU ETS-linked Modernisation Fund does not finance fossil gas.

After a month full of drama surrounding the two plenary votes on the EU’s Emissions Trading System (EU ETS) at the European Parliament and the agreement reached on the general approach by the Union’s 27 environment ministers, the trilogue negotiations on the EU ETS between the parliament, Council and European Commission kicked off on 11 July 2022.

The EU ETS has long been characterised as a “flagship” of the EU’s climate policy. This is now truer than ever considering the expansion of its scope to include emissions from shipping, buildings and road transportation, in addition to emissions from electricity and heating, energy-intensive industries and aviation.

From the multitude of the issues associated with the ongoing revision of the EU ETS Directive, the debate within EU institutions and among various stakeholders has so far centred on three key topics: the trajectory for phasing out the free emissions allowances offered in abundance to industry, the overall climate ambition for 2030, and the specifics of including buildings and road transportation in a distinct emissions trading system amid a major energy price crisis.

The Modernisation Fund, a newly established ETS-linked instrument which aims to modernise the energy systems of lower-income member states, has so far received little attention. Based on the provisions of the current directive, the fund consists of 643 million allowances for the entire fourth EU ETS phase (2021-2030), distributed to the 10 member states which, in 2013, had a GDP per capita lower than 60% of the EU average.

Recognising the urgency of the transition to clean energy for lower income member states, the European Commission increased the size of the Modernisation Fund, which launched in 2021, in its proposal for the revision of the EU ETS Directive, by essentially creating an additional Modernisation Fund comprised of 194 million allowances that will be available for the period 2024-2030. Thus, the Modernisation Fund (new and existing) will consist of more than 837 million allowances in total, which, at the current carbon price (€80 per tonne of emissions) amounts to almost €67 billion.

In order to maintain access to this new fund for the 10 member states that were also eligible for the existing Modernisation Fund, while also updating the definition of a lower-income member state to better reflect current conditions, the Commission proposed a new eligibility criterion. As a result, two additional member states (Greece and Portugal) will be able to use it to fund investments for the modernisation of their energy systems.

Despite vastly different opinions among the political groups at the initial stages of the process, the European Parliament also finally endorsed both the size and the eligibility criteria for the “new” Modernisation Fund. The Council’s general approach regarding these two issues was not too divergent either, with the only difference being the inclusion of Slovenia as the 13th eligible member state for the “new” Fund with a small (2%) share.

With the exception of this minor discrepancy, the three EU institutions agree on the size and the base year which is used to determine whether a member state will have access to the fund provided it has a GDP per capita below a certain threshold (65% of the EU average according to the European Commission and the European Parliament, and 75% according to the general approach of the Council).

In contrast, the Council wishes to allow the use of the Modernisation Fund for investments in fossil gas infrastructure. Specifically, it proposes to allow the use of revenue from the free allowances available to the electricity sector in the original 10 eligible countries for investments in fossil fuels and for all technologies that are deemed green by the Sustainable Taxonomy Regulation. In conjunction with the recent approval by the European Parliament of the Complementary Delegated Act which provides green credentials to fossil gas investments, this translates to the use of up to 20% of the Modernisation Fund (€13.4 billion at current carbon prices) for fossil fuel investments.

The Council’s position clearly contradicts the REPowerEU plan which aims to reduce the overall fossil gas consumption in the EU by 64% in 2030 compared to 2020 levels, more than double the previous 2030 gas reduction target. However, using the Modernisation Fund to finance fossil gas investments risks leaving lower-income member states with stranded assets a few years down the road, while the rest of the EU will be racing towards ambitious cuts in fossil gas consumption.  This will further widen the gap between the financially stronger and weaker member states in terms of the energy transition and seriously threaten the EU’s fundamental goal of achieving climate neutrality by mid-century.

In order to avoid serious backsliding in our chances to achieve both the short- and the longer-term climate targets, it is absolutely essential that the European Parliament and the European Commission remain adamant throughout the trilogue negotiations and convince the Council to exclude all fossil fuels from the Modernisation Fund, as demanded by 19 environmental NGOs and think tanks. 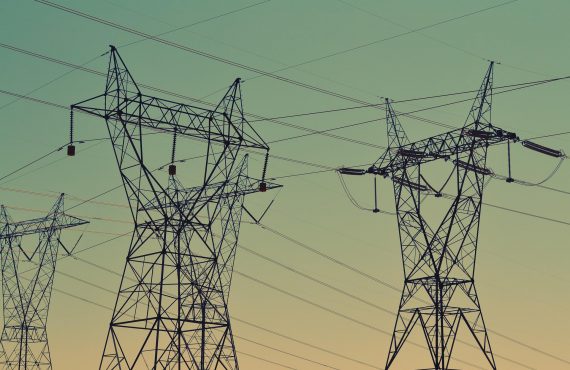 Are hydrocarbons and lignite solutions to the energy crisis?